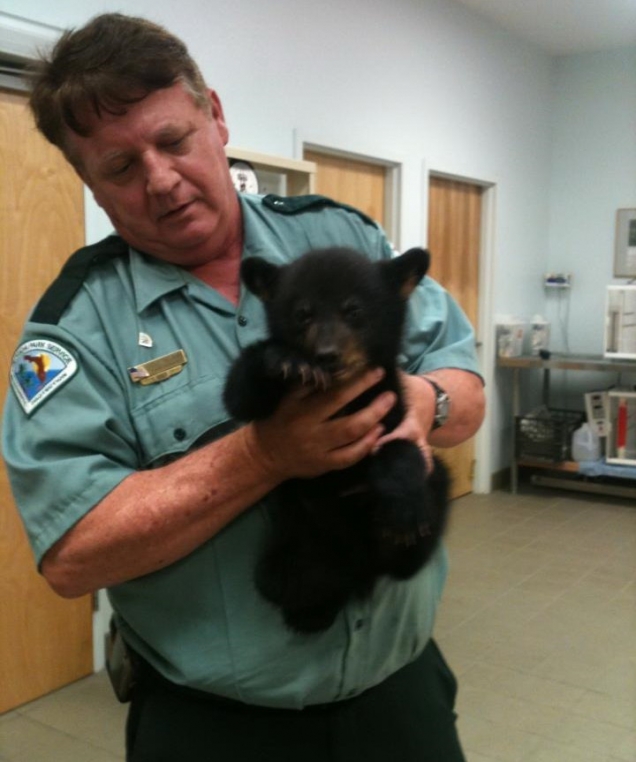 Here's a great example of the work at Homosassa Springs Wildlife State Park to rehabilitate and release animals.This abandoned black bear cub was brought to the park after her mother was hit by a car. Though being held here, she has not been named, is kept separate from other animals and has little contact with people. She is planned to be released back into the wild in the next few weeks. Florida State Park